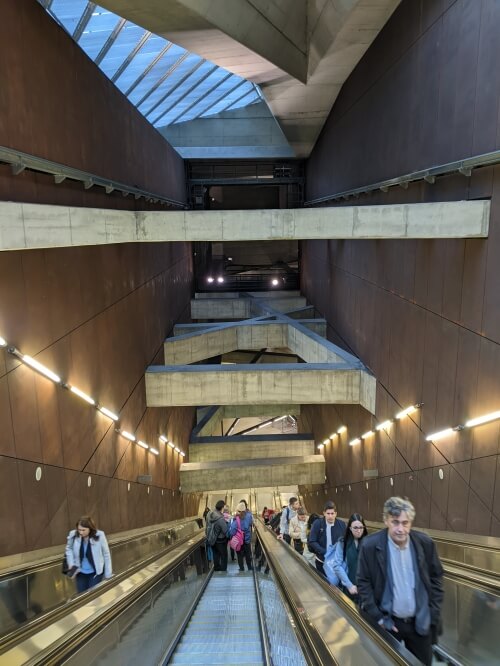 Should you visit Eger as a day trip from Budapest?

I don’t think I’d heard of Eger until I started looking up options for a day trip from Budapest. In fact, Budapest itself was almost an accident; after seven months of being ‘grounded’ in Germany and an aborted attempt to go back to the UK in February, I had a serious case of itchy feet.

A day trip from Budapest

I’ve been to Budapest before. And sure, I was happy to go back again, but I wasn’t necessarily chomping at the bit. Which is why I sought out a day trip; I wanted to go somewhere new and I wanted to see more of Hungary. The idea of potentially seeing some more of the country’s landscape from the comfort of a train was a bonus.

Eventually, I landed on Eger; the furthest distance you could comfortably travel to and from in a day (two hours on a direct train in each direction).

I’m not always a great solo traveller in big cities – I think it’s easy to feel much lonelier in a city than when you’re by yourself in the countryside. (In Prague for example, all I wanted to do was spent the afternoon sat in a pub with friends.) But a day wondering around a pretty town with a handful of sights? That’s my cup of tea! 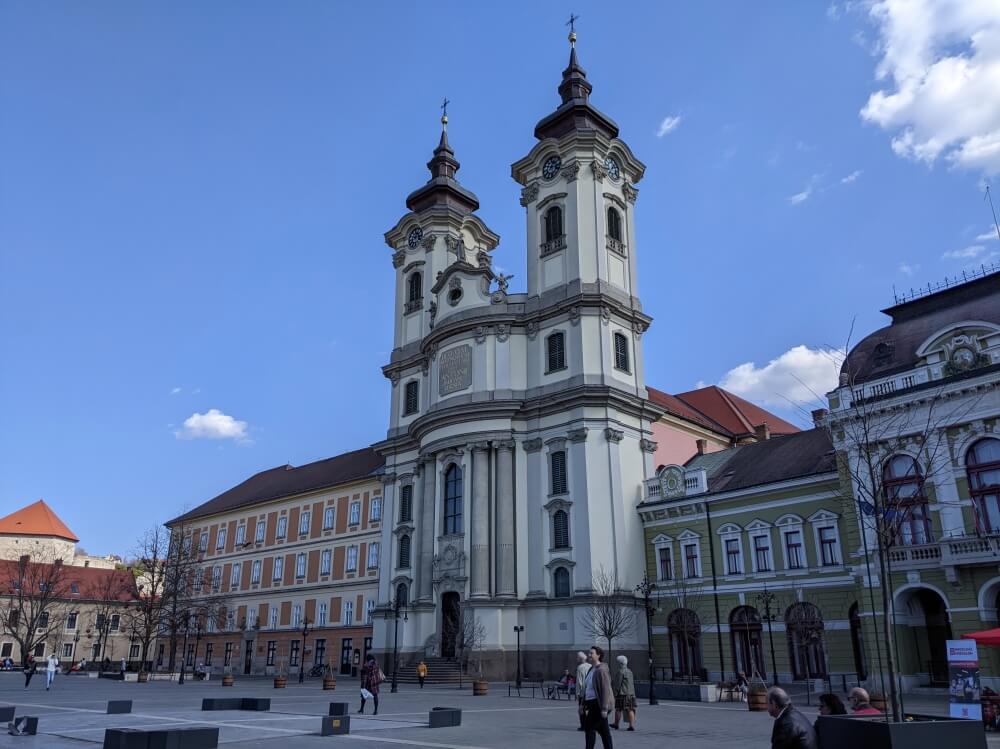 Before arriving, I half-heartedly looked up a few things to do in Eger – I’ll admit that I wasn’t the most organised (or eager – geddit…?) in advance, having just gotten over COVID. In fact, it wasn’t until I got off the train that I realised I didn’t have an actual plan beyond just having a wander round. Which, realistically, is no bad thing.

So here’s what I ended up doing:

I’m aware I’m definitely not doing Eger justice (I missed out walking to the Minaret, for one). The town is really pretty and it does have a fairly interesting history, mostly based on making and drinking millions of gallons of wine per year, defeating the Ottomans but then also losing to and being conquered by the Ottomans later on, and then the myth emerging that Eger managed to defeat the Ottomans that time was due to the wine, now called Bull’s Blood wine.

But would I recommend visiting? 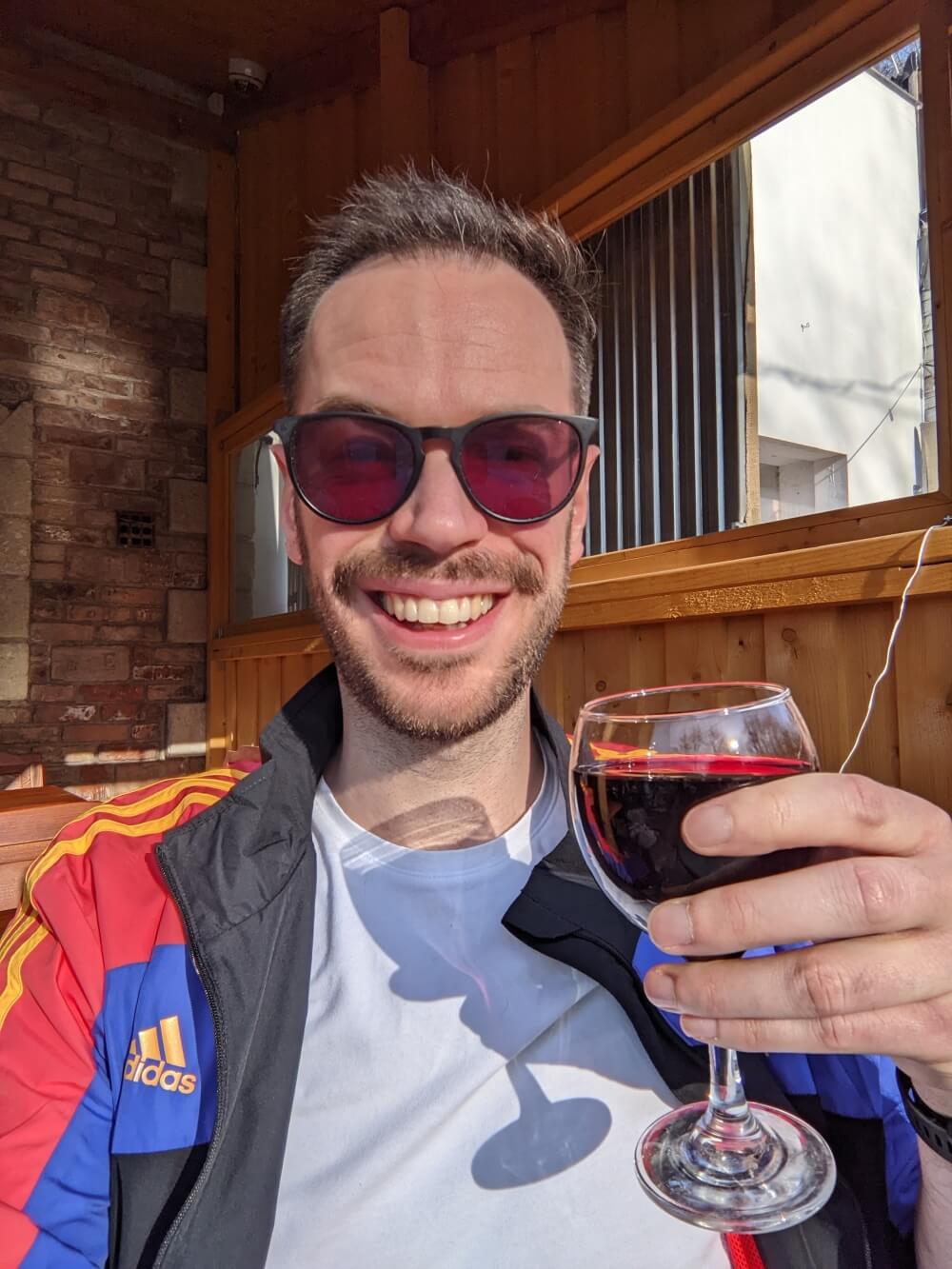 Would I recommend Eger as a day trip from Budapest?

So would I recommend a day trip to Eger from Budapest? All I all, I had a nice day. The Valley of the Beautiful Woman was a particular highlight because it was by far the liveliest part of the town; the area teemed with life – and also cynically – investment potential, as lots of bars were closed down that would probably do well… But I think the experience would have been even nicer in the heat of summer and with a few friends to enjoy a drink with.

The town centre was pleasant enough and as a great lower of train rides, I really did enjoy the 1 hour and 48 minutes of sailing through the flat Hungarian landscape (which sounds sarcastic, but isn’t). 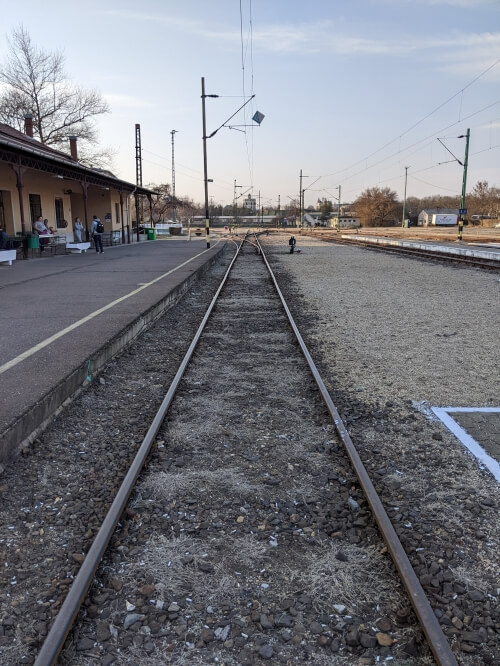 My final view of Eger: the train station

But ultimately, I have to believe there are better, closer day trips that would have been a bit more interesting than Eger.

So would I recommend visiting Eger as a day trip? Maybe, but not as a first choice. In hindsight, I think Esztergom or Szentendre would probably have been better (and closer) options.