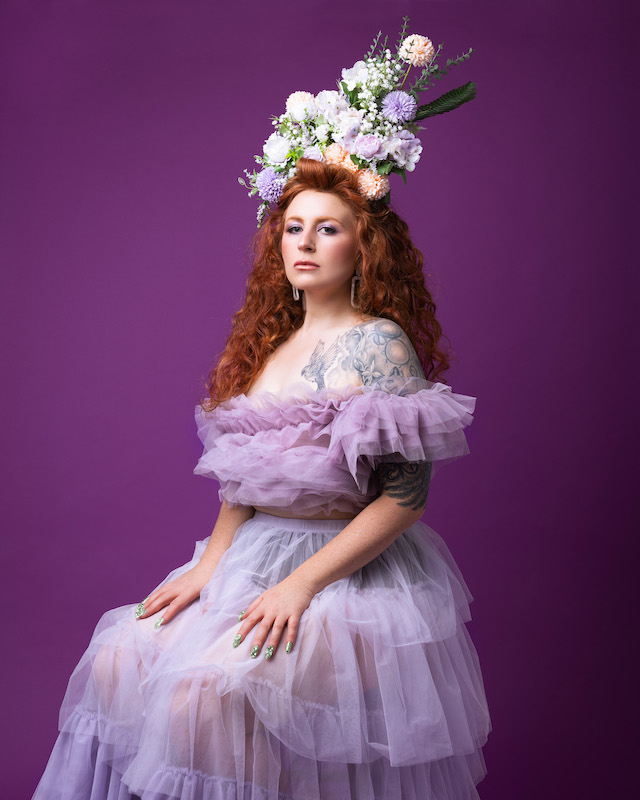 British-born, Brooklyn-based artist Raegan Sealy has shared her debut single with the release of “Make ’em Jealous,” a soulfully satirical approach to the cliché of being stuck in a toxic relationship. After opening for the likes of Shane Koyczan, Kae Tempest, and Ice T she set out to record her own music, taking cues from inspirations like the Arctic Monkeys and Lana Del Rey. With her first single she sets a tone of piercing intimacy and an even sharper wit as she attempts to redefine the narrative of the unfaithful man and the reasons why someone would dare to stay with them.

In “Make ’em Jealous,” Sealy adopts the voice of a woman who is extremely aware of her man’s rendezvous with other women. Although steeped in delusions (a familiarity to anyone who has tried to justify staying in a similarly lopsided relationship) the song finds some measure of dignity and empathy at the very least in her plight. “Everyone wants a sip of my love / but they just get a taste,” she sings earnestly over and over like she’s trying to convince herself (“So it’s worth it to me — evidently”).

By the end of the song, the refrain has changed to something far more transparent (“I bet they’re all jealous of me”). Even calling herself a “mug” (i.e. someone easily fooled or gullible) in the song’s final lines for being the one who just stays by his side.

Crucial to “Make ’em Jealous” and its themes is the triumphant and sunny disposition of the music that surrounds it. Channeling all her smokey soul into the song’s incisive lyrics Sealy is as suave as she is unabashedly confident. With further support from the incredible all-female choir The Gang of Angels, their vocals adding a gleaming buoyancy, “Make ’em Jealous” is a groovily and paradoxically rejoiceful song from the singer/songwriter.

“What is it that we tell ourselves in order to ‘stay?’ How does our ego react to accommodate disrespect?” Sealy said of the single. “And how hilarious is that, when you think about it? This emotional push and pull in these dynamics is truly often like a Laurel and Hardy sketch.”

Keep an eye out for more upcoming music from Sealy! She has plans to release more singles this year and if you found yourself jamming to “Make ’em Jealous” you won’t want to miss what she has in store! Sealy also gave her own TED Talk in 2019 — the first given entirely in rhyming verse, which touched on how music could help heal traumatized communities — that’s also worth checking out!

Listen to “Make ’em Jealous” the new single from Raegan Sealy below!

Nathan Jones Has Hardly Got His Feet Under The Desk . . . But Faces A Mountain To Climb With This So...
Celebrating Birthday Encanto Style! - VenueLook Blog
STAND UP TODAY, SAVE TOMORROW – NORWICH SAYS ENOUGH IS ENOUGH
I Love Lucy S02 E18 – The Inferiority Complex
Yung “surprise” STAG PARTY sana.. 😅#ikaCASSalnasiAce
“You’re Not Getting Into The Flight Deck” – The Story of Qantas Link Flight 1737
BRUTAL UNO Hand! | Reverbium Versus
Ohrid Ultra Trail
I Love Lucy S2 E19 – The Club Election
3 Ways To Give Your Images Their Best Chance
Let’s have another round…
NORWICH DEFENDS DRAG QUEEN STORY HOUR – DISPATCHES FROM THE ANTIFASCIST COUNTER-PROTEST

Guide to what’s on in London in December 2022